Teen aggression is a well-known, well-documented phenomenon. Not only is it anecdotally common, but it is also frequently portrayed in media as an identifiable, annoying, and somewhat understandable trait. Yet, such aggression continues to be frustrating to deal with for both parents and teenagers alike. Here is an exploration into the issue of teenage aggression and how best to manage it.

What is teen aggression?

As part of their maturing process, teenagers process the world differently from children due to biological changes during puberty. This arises from the neural rewiring that happens inside their brains. As a result, they continue to learn more about themselves and the world around them. Unfortunately, this means that teenagers no longer find the same people, activities, or ideas as enjoyable or tolerable as before.

As a result, anger often emerges due to other underlying issues that they face. While there are plenty of things to be reasonably angry at, teenage aggression may be symptomatic of other problems that they are struggling with. There might be external events not yet brought to light, such as being ostracized or bullied, a recent death in the family, or other traumatic events.

Alternatively, internal issues such as low self-esteem, depression, and other mental illnesses can also result in teen aggression. Teen aggression thus manifests as outbursts when these stressors reach a boiling point. These can take the form of verbally charged tirades or physical aggression like throwing objects or attacking others. It is not uncommon for parents to be on the receiving end of such aggression, which is undoubtedly a touchy and challenging matter to settle.

How to manage teen aggression

As with all kinds of tantrums, giving into teen aggression would only reinforce such behaviour and thus should be avoided. A good thing to keep in mind as a parent is that your behaviour and tone set the standard for them. As their role model, responding to aggression with raised voices will continue to invite similar behaviour. What they need is not always a stern hand to keep them in line, but an open and supportive parent ready to assist in the best way they know.

I would recommend framing your interventions as a way of helping your teenager. How you communicate with them verbally and non-verbally will determine how they respond to your efforts. For example, questioning their regressing grades with “Are you even studying for your exams?” will come across as aggressive and tone-deaf. Instead, consider asking: “I’ve noticed you appear to be struggling with your grades. Is everything alright with you? I’m worried about your well-being.” Simple rephrasing can help positively alter the atmosphere of a conversation.

Non-verbal cues such as maintaining a level tone of voice or avoiding staring them in the eye will make your talks with them more welcoming. Even when your teenager continues to be aggressive, continue to invite them to make their concerns heard. Compared to shutting them down simply because of their tone of voice, acknowledging their emotions and concerns builds trust and reduces the reasons for your teenager to be angry.

If the situation escalates beyond control and possibly into physical violence, suspend the argument with your teenager for the time being to allow everyone to calm down. Make sure to inform your teenager that violence is not acceptable behaviour but give them space to simmer off. However, should physical violence directly threaten your safety, call the police to intervene in the situation. Managing aggression should never compromise your right to personal safety. Beyond that, try to arrange for your teenager to receive professional help from a counselor or therapist.

How to support your teenager

There are a few strategies to pre-emptively support your teenager. The first one is to set boundaries within the family. Just like the intolerance for physical violence, establishing rules and consequences with your teen while they are calm will set a precedent for future conversations. However, it is essential to let them know that such practices are implemented out of your love for them, lest they are misinterpreted as overbearing and restrictive.

The second is to continue to build your relationship with your teenager. This is an attainable goal even while setting boundaries within your family. Your teenager may not want to talk to you all the time but reminding them that there is an avenue for their troubles can do wonders for their mental health. Creating a safe, open, and welcoming environment make them less likely to bottle up their emotions and spiral into teen aggression.

The last is to encourage your teenager to adopt a healthy lifestyle. Mental and physiological factors can contribute to the build-up of aggression, so helping your teen find an outlet through hobbies can help dissipate such frustration. In addition, maintaining a proper diet and sleep cycle can remove a significant source of stress, as will a well-managed plan for screen time or using electronic devices in general.

If you want to find other ways of enriching your teenager’s life, check out TransCultural Group for their enriching and enthralling courses! 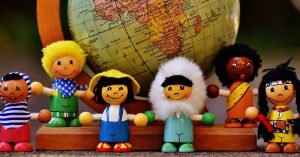 In our world where there is a lot of travel, migration, union, and … END_OF_DOCUMENT_TOKEN_TO_BE_REPLACED 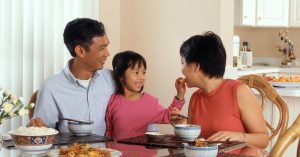 Ubuntu is an African term that translates to “I am because you are.” It … END_OF_DOCUMENT_TOKEN_TO_BE_REPLACED 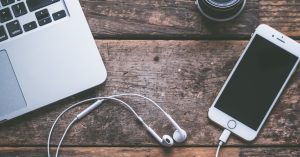 Last year, I upgraded my computer's hardware to effectively run most of the … END_OF_DOCUMENT_TOKEN_TO_BE_REPLACED