Just like choosing clothes, sporting a hairstyle is one way we express our style. Some teenagers, though, are not really free to decide on the hairstyle they want. So is teenager haircut a form of self-expression, or is it about obedience and discipline? Let’s learn what one teenager and one parent think about teenager haircut.

The type of haircut I had in school followed strict guidelines prescribed by the school administration and reviewed by the Ministry of Education.  Every year, the student handbook was released with examples of acceptable haircuts printed on the first few pages.  Mugshot-like images of students from different angles showcased what would or would not get you punished.  Further descriptions and measurements accompanied the pictures.  Guys were expected to have short hair and a trimmed fringe, while girls were allowed to keep long hair as long as it was tied up.

From a young age, haircut regulations have been used as a means of discipline and control, or at least that was how it appeared to be.  After years of adhering to school instructions, military service introduced an entirely new set of rules, including shaving entirely bald for the first few months.  While the official purpose was to maintain proper hygiene, it also became viewed as a status symbol; shaving bald denoted that you were a fresh recruit while having some hair grown out was a privilege accorded to those who had served for some time. I thought it would be prudent to reflect on an integral part of schooling and military service and a crucial part of our identities to see how my peers and I responded to this aspect of our lives.

I watched my peers undergo multiple phases regarding their hairstyles.  While I was still in a co-ed primary school, the girls underwent more drastic haircut changes.  Between trading ponytails for a shorter haircut, they would find new ways to style their hair, such as braiding it, tying it up, or experimenting with bangs. The boys mostly kept to a short haircut that followed regulations with nothing fancy.  When I entered an all-boys secondary school, my peers began styling their hair around the age of 15, giving themselves undercuts and waxing their hair even if some options went against school regulations.

This latter notion seemed to be a consistent trend, perhaps an expression of our rebellious nature as teenagers.  Along with other rule-breaking trends, such as tapered pants, my peers endeavored to toe the line while still being as fashionable as possible.  It was our way of finding ways to cheat the system without getting into too much trouble.  Of course, some troublemakers would take it too far and inevitably end up punished, but that did not stop others from looking for a haircut that could subvert the school’s regulations.

More importantly, haircut styles are an expression of our identity.  We often identity our friends from afar by their haircut, a method that was particularly important while everyone was wearing uniforms.  As such, selecting the right hairstyle is integral to one’s appearance; one of my friends once remarked that “a haircut is at least 70% of one’s appearance”, and it is hard not to see why.  In university, the absence of haircut regulations allows much more freedom of choice.  Students curate their looks, both in their physicality and outfits, to look presentable or fashionable.  Some boys defy all previous regulations and grow their hair out.  Girls no longer need to tie their hair up, letting them have even more creativity to design their looks.

Personally, having a haircut that complied with the rules was all I cared about. Style mattered little to me as a teenager; after all, we were expected to wear uniforms most of the time, and I rarely had time to meet my friends out of school. There was hardly any need to curate my appearance; I even preferred my baldness during my military service due to its convenience in washing and drying my hair.

Today, even without the haircut regulations, I continue to maintain the short haircut I have always had throughout my life. I have kept this haircut for so long that it has become a part of my identity, and while I am open to changing my hairstyle at some point, I still appreciate the way I currently look. Despite having seen my peers switching hairstyles over time, I value the simplicity and convenience that my shorter haircut brings.

Still, I often compliment my peers on their new looks whenever they try on a new haircut. I want to support their exploration and expression of who they are and how they look. Having struggled with self-esteem my entire life, I hope to give others the confidence that I know is difficult to attain; if getting a new haircut is how they do it, then I will support them as much as I can.

During my teenage years, I remember my haircut styles were not that complicated back then. I simply had to make sure I can tie my hair back because I had thick and wavy hair. Some hairstyles were just not for me to wear. My mother would often suggest when it was time for me to get a haircut, and I would usually agree.

Now that I am a mother myself, I feel I am becoming like my mom. I would tell my 13 and 9-year old daughters when I think it’s time they get a haircut. But my kids are not like me. Sometimes, they don’t want to cut their hair just yet. Sometimes, out of the blue, they tell me that they want to sport a new hairstyle.

Who gets to decide on teenagers’ hairstyle

Many parents have opposing views on who gets to decide on their teenager’s hairstyle. As for me, I have no problem with my children choosing a hairstyle that they want, as long as they don’t violate school regulations. I give my daughters suggestions about what haircut styles may look great on them, but I let them make the final decision. I provide them with the freedom to express themselves through their hairstyle as I feel it makes them more confident and comfortable.

At this stage in life, haircut style is one of the personal decisions I believe teenagers can make for themselves. They begin to be more in control of themselves as they strive to become more independent each day.

How my child’s hairstyle makes me feel as a parent

When my daughters sport a new hairstyle that they love, I feel happy for them. I also feel proud of them, especially when they wear their hair with confidence. I am not bothered by their haircut style, as long as they have given it enough thought and do not go against school policies.

However, there’s one thing that concerns me and maybe other parents, too. What would other people think about my teenager’s hairstyle?

A few days ago, my teenage daughter asked me if she could have a side-shaved hairstyle. I know it looks very trendy, but I am having second thoughts about it. I am not sure how other people would react to it. Would she look rebellious to others? But then I thought to myself, I know my daughter better. She is an obedient and responsible girl. It just so happens that she likes the side-shave hairstyle. So, I said okay. We would have to see if she will push through with it as we haven’t scheduled an appointment yet.

When it comes to teenager haircut, I think the best I can do as a parent would be to guide my children in making the right decision – something that the school allows, something comfortable, something that makes them feel confident, and something they won’t regret.

Want to find new ways for teenagers to discover more about themselves and the world? Try out the courses on Transcultural Group for a fresh and fulfilling learning experience. 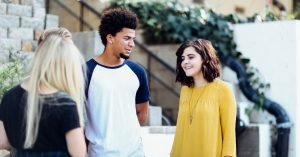 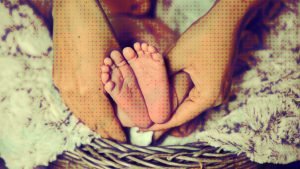 It can be hard to find the motivation to learn while at home, at home there … END_OF_DOCUMENT_TOKEN_TO_BE_REPLACED