Let us start with the foremost thought in my mind: I did not enjoy my academic life.  I managed to secure a place in Raffles Institution after my Primary School Leaving Examination (PSLE) results were released.  As I have noticed, it is a place that raises many eyebrows when mentioned.  The name conjures an image in the mind’s eye: a boy clad in an all-white uniform, destined for greatness of some kind, on his way to use his keen intellect to make a splash.  That, or the other image of an arrogant know-it-all who likes to talk down to people without realising his privilege, comes to mind.  With that perception in mind (and to the school’s credit, it often tried to teach us the importance of carrying oneself in a measured manner), I went into school with a certain amount of pressure.  I needed to appear smart, but not too smart.  Confident, but not too confident.  A delicate balance needed to be upheld.

An all-boys school is not what you would call a ‘nurturing’ environment. Toxicity exists in many forms, and in school, it lived in many places.  As the semesters and years progressed, academic toxicity began to join the fray, in addition to the pre-existing judgments of character: are you good at sports?  In arts, be it musical or otherwise?  How are your grades?  Are you interested in the same things we are?  Are you a football fan?  You would be surprised at how much less there is to talk about as a teenage boy when your peers realise that you are not interested in football.

I struggled a lot in those years, from keeping up with my academic life to fitting in with my peers.  I constantly wondered what I was doing wrong and developed an unhealthy amount of self-blame for it.  My student life was miserable, full of frustration, anger, and sorrow, worsened by poor academic performance.  I could not cope with all this until a teacher suggested I visit the resident counselor, which helped put me on my way to recovery.  And while tuition classes are almost the norm for Singaporean students, my parents had to send me for tuition classes to keep up in school instead of keeping ahead of class as my classmates would.

Regarding my academic life in particular, humblebragging became an insidious, albeit persistent, norm that did not change over the years.  We always heard about someone who insists they did not study for a test or a subject and consistently aced the exams regardless, only to find out that they did study a lot for the test.  Worse was if they insisted that the subject was easy to master and that anyone could do it.  It became such an issue that people who were upset about it became conditioned to see it everywhere; I remember the first time I got 27/30 for an essay test, yet still being anxious if I could maintain that standard for the future.  I wanted to prove that this grade was not a fluke and that I had made improvements in my writing standard.

When I voiced these concerns to a classmate in the corridor, someone from another class overheard and proceeded to remark that I should keep my humblebragging comments to myself.  The sheer ridiculousness of that aside, the incident left a lasting imprint on my psyche: I was not allowed to feel afraid or show any fear, lest others exploit my vulnerability and hurt me.

Around this time, I began to grow in my emotional and social maturity.  I realised that I was not friends with a lot of people I thought I was friends with, as I noticed how they would ignore me, push me away, find an excuse to be somewhere else. The digs at my character and taste in teenage interests such as video games, movies, fictional characters were more obvious to pick up. Still, they were no less in number compared to the subtler means of demeaning me.  Insults were a common way of venting before disagreements devolved into arguments and rarely into fights.  I had a brief altercation with a classmate when we both failed to watch our words before our classmates stepped in and separated us.  No one got hurt, and he was as sorry about it as I was.  Neither of us had wanted to fight, and we did.  He was crying.  I consoled him.  We were fine after that point.

Yet I could never shake the feeling that the people I thought I was friends with would one day reveal their true feelings, and that has affected my behaviour to this day: I do not reach out enough to my friends for fear of being annoying, and I fail to stay in contact.  I isolate myself to an unhealthy degree, a habit that I continue to struggle at correcting.

As part of the compulsory curriculum, every student was required to enroll in a Co-Curricular Activity (CCA).  Thanks to my prior experience in primary school, and a little bit of appealing to the teacher in charge on the third round of auditions, I managed to enter the school’s debate club.  My CCA was a welcome refuge from the problems I had in my academic life; while cliques still formed around specific individuals, it was clearer who I could confide in and rely on and who I could hold a cordial conversation with.  Yet even this temporary benefit deteriorated as groups formed based on how good you were at debating.  Competent debaters were placed in teams to train together, forming closer bonds over time.  The less committed (and thus, less capable debaters) stopped training as hard and were more committed to academic life than they were to training.  I was stuck in the middle, wanting to compete yet lacking the ability to qualify, finding myself increasingly alone as time went by.

Even after I moved to the junior college debate club, where there were more opportunities to compete, I could not foster the same kind of bonds with my new CCA-mates despite going through similar training.   Part of it was almost certainly down to the lack of time; the club formed teams relatively closer to competition dates, and we still did not know each other that well.  The other part was my perception that my CCA-mates did not like me or humored me most of the time.  I often ignored seemingly apparent signs that people were reaching out to me and being concerned about my welfare before giving up either due to exhaustion or simply deciding to respect my boundaries.  The messages from them diminished as time went by.  I became more uncomfortable in my supposed refuge, even if there was less reason than before.

Before joining the debate club in junior college, I attempted to enter the school’s street dance CCA with no success.  My parents had quite harshly informed me that I had two left feet, a trait that was no doubt on display during the initial audition.  I did not adequately convey my passion for learning about dance to the coaches and seniors, and the fact that I indicated that the reason I wished to learn dance was to ‘escape from problems that my academic life bogs me down with.’  Certainly not a good look when applying to a CCA that was aiming to win competitions and awards.  More importantly, it was not the right mindset to learn dance: my passion needed to be genuine, not simply an escape.  I needed to run towards dance instead of merely running away from my issues.

Perhaps it was a blessing in disguise that I completed my A-levels with a familiar CCA and without all the social drama that eventually emerged from my batch of dancers.

I have only been at Singapore Management University for one year, but the difference in my academic life between my time here and at Raffles is night and day.  It is easier to make friends, or at least be cordial with one another.  The atmosphere is less suffocating, more open to intellectual discussion in the absence of judgment.  People speak their minds and are welcome to constructive criticism.  My project groups are lively and helpful; no one is judged for falling behind, but instead offered help to progress together.  The subjects are fun to learn and study, even when they are complex and confusing.

Perhaps my perception of academic life in university is coloured by the lens of recency.  After all, I did enjoy the first year of schooling in Raffles, only for the real issues to kick in later.  And yet, the lack of social stress is liberating.  I am surrounded by people who want to learn, who are not shy about sharing their passions, who want to work together to be better.  I managed to join SMU Funk Movement, a dance club that explicitly seeks out and accepts people who have no dance experience.  I found a dance mentor and a group of friends that share my passion.  Everything, despite the stresses of university, is such a step up from my previous schooling experience.

Most significantly is the way I perceive myself and my interactions with others.  I no longer fear others’ judgment, for their perceptions often arise from their incomplete understanding.  The people who know me are my friends, and my best friends were made during my time in Raffles, ironically enough.  I realise that I am just an average person, not fundamentally unlikable or repulsive, but someone with their own interests, boundaries, and choices. I deserve just as much respect as I would give to others.   While I resented my time in school, it undoubtedly shaped my personality and character, along with my desire never to treat anyone the same way that I was treated.

I do not know why I was so miserable for so long in my academic life.  Undoubtedly some of it is my fault, yet while I used to believe that was definitively the case, other people almost certainly had a part to play.  Malicious or not, the people around me aggravated my suffering, which removes some of the blame that I was all too willing to assign myself with. Still, failing to break out of my shell and reach out to people myself, or respond to the attempts made by my peers, is no less a contributing factor to my misery than the actions of others.

They say that time heals all wounds; I can’t entirely agree.  Some wounds stay with you no matter what.  Some wounds drag you down now and then.  Some make you stronger.  All we can do is learn, make peace with the past and look to the future.  We will not always succeed at that, but we can continue to try.

You may also want to read Journey Through My World. 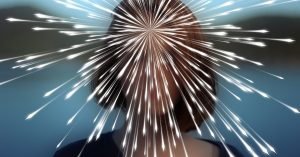 Diversity is a beautiful thing when acknowledged. It can help us acquire … END_OF_DOCUMENT_TOKEN_TO_BE_REPLACED 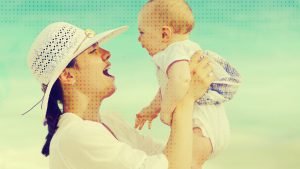